TLDR: Be prepared to climb, sweat,and pack your own nutrition for this minimally supported 50k. The backcountry terrain and expansive views are breathtaking and worth coming back for. At the very least, scroll for amazing race pictures by James Holk.

Ultrarunner Ryan Ghelfi gets injured and decides to dive into the world of gravel biking for a season.

Photo thanks to Jose Salvador Cruz

Whenever I sit down to write these race recaps I always ask myself essentially the same couple of questions. First I ask myself, What really happened out there? What can I learn from it? And how can it apply to anybody taking their time to read this?

I had some time to mull (or should I say mullet) over the Canyons 100K yesterday as I drove from Auburn back home to Bellingham. See, once I get driving, I don’t really like to stop. When I found myself with a 14 hour drive ahead of me, I knew I could drive 850 miles only stopping once to refuel the tank. As I hobbled to my car and pulled out of the motel parking lot, I knew I had some thinking time ahead of me.

Finding Strength in Numbers at the 2020 Marathon Olympic Trials

This is not the story of an Olympic hopeful or elite athlete. This is the story of friendship and a ragtag bunch of misfits surprising themselves and urging one another along in the ungrounded goal of qualifying and competing in the U.S. Marathon Olympic Team Trials. 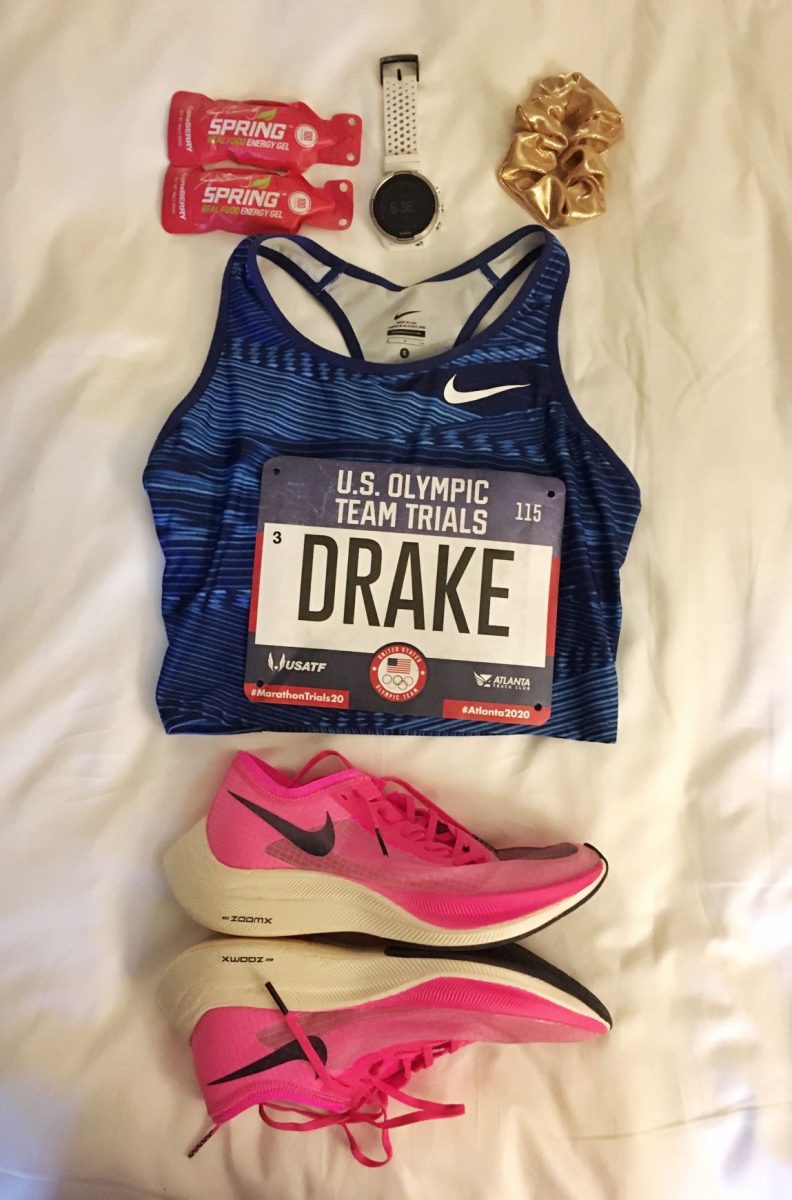 Use coupon code ‘Rachel’ at myspringenergy.com for a special discount!

This Saturday, February 29th, Trails and Tarmac coaches, Camelia Mayfield and Rachel Drake will be competing in the Olympic Trials Marathon.  Along with 509 other women, they will have the opportunity to qualify for an Olympic Team and represent team USA in Tokyo.

A 2016 Trials qualifier himself, Coach David Laney asked both Camelia and Rachel a few questions about the transition from trail to road and eventually back to trail again.

Our newest coach is Rachel Drake! A few weeks after a second place finish at the 2019 US 50K Trail Championships Rachel won the Trail du Ventoux 46km. Last year she won the Waldo 100K and USA Trail Marathon Championships in Moab. Between great races Rachel pursues her MD/PhD at Oregon Health and Science University, with a focus on metabolism. We are thrilled to have her joining the Trails and Tarmac coaching team!

Joining the coaching team at Trails and Tarmac

Trails and Tarmac is very excited to be bringing on Jenn Shelton as our newest running coach. To say that Jenn is highly experienced in all running disciplines would be an understatement. She has competed in short fast races on the track, run grueling 100 milers all over the world, she’s covered 220 miles of the hardest high mountain trail America has to offer, and she’s qualified for the US Olympic marathons trials. This only touches this tip of the iceberg.

There is no doubt Jenn has  a wealth of knowledge and experience hardly matched in the sport of running. But more than her personal running Jenn’s enthusiasm for running, her zest for life are second to none. Through injury and triumph her spirit rarely loses its luster and this characteristic shines through in her coaching and the athletes she has worked with. A relationship with your running coach is far more than just about the minutes and miles. Bringing Jenn into the fold of Trails and Tarmac was a no brainer as she not only has the technical ability to work with a diverse group of athletes but her fervor will motivate and encourage everyone who has the opportunity to work with her.

We’ve asked Jenn to answer a few questions so that you can get to know her a little better and see if her coaching style is right for you. If you are interested in getting in touch with us at Trails and Tarmac and to see about the possibility of working with Jenn as your coach you can fill out this questionnaire.

The Trails and Tarmac Story

Trails and Tarmac was an idea born five years ago during our time at Southern Oregon University. As captains of the cross country team our job was to get the best out of ourselves, and our teammates. Our ability to do this culminated with a national cross country title in 2010. Between all the running we actually spent some time in the classroom. For our senior capstone projects we wrote business plans that mirrored our role as runners and leaders. We hoped to one day have the resources and experience to execute those plans. Today we do, and that business is Trails and Tarmac.

After graduating college and escaping the endless cycle of 5k’s and 10k’s every weekend we were let loose. The freedom to run and race whenever, wherever, and as far as we wanted was too much to resist.

I immediately packed my car and headed to Michigan to join the Hansons Brooks Olympic Development Project in hopes of nailing a fall marathon. Ryan headed into the alpine, running trails, guiding climbers on Mount Shasta, and winning his first 50 miler. Hearing all about the mountains being explored out west I had to get home. A few weeks after returning to Ashland, Ghelfi with his unbridled enthusiasm talked me into running the Lithia Loop Trail Marathon. The race hosted by Rogue Valley Runners, the  shop where we were both working. That November morning we lined up for our first trail race together.

I spent the winter of 2013 backcountry ski guiding in Eastern Oregon, still running, on icy roads after long days in the mountains. I came back to Ashland and that summer flew to the US Mountain Running Championships in New Hampshire with David. There we realized that 12k was pretty short and we both immediately signed up for 100k trail races. David won and set the course record at the Waldo 100k. I spent a month living out of my car, training at altitude in Colorado. It paid off with a 5th place finish at the Sky Running World Final.

With consistent performances under our belts both David and I were signed to the new Nike Trail Team in the winter of 2014. That spring we went a bit overboard. David got 2nd and I got 4th at the Chuckanut 50k. One month later I was 6th at the Lake Sonoma 50 miler one minute behind David in 5th. One more month and we flew, boated, bused and hitched our way to Transvulcania in the Canary Islands of Spain. Excessive racing had taken its toll and we both blew up. But we’d gotten our first taste of big stage European mountain competition. It was a different world.

David ran his first Western States 100 mile that summer, fizzling to 20th place. I was there to crew and pace. It was a learning experience for us both. At the end of that summer I finished my first 100 miler at Run Rabbit Run with lots of highs and lows, 4th place at the end.

Fall is a glorious time in Ashland. David made good use of it in 2014 training for the California International Marathon. There he punched his Olympic Trials Qualifier in 2:17:02! I was on hand to see a lifes’ dream accomplished.

Our overzealous attitudes in previous years taught us some great lessons.  While we both raced a good amount in 2015 we prioritized our year and made the Ultra Trail Du Mount Blanc a central focus. After placing 8th at Western States I prepared by living in my car and finding the biggest mountains on the West coast to mimic the UTMB course. Ryan prepared by guiding on Mount Shasta, guiding trail running trips, and training harder and smarter than ever. After two weeks of great preparation in Chamonix we were both ready for battle. At mile 76 Ghelfi was forced out of the race with a knee injury. I went on to place 3rd. The roles could have easily been reversed.

Since college we each spent time working with other runners. I coached cross country at Southern Oregon University and Newport high school. Ryan taught a trail running class for the outdoor adventure leadership department at Southern Oregon University and coached many runners looking to run their first ultra or trail race. We both worked at Rogue Valley Runners and had the opportunity to help runners with more than just footwear.

We are starting this business because we love what we do and we want to share our excitement. Our excitement is not only about times, places, and adventures but about helping you get the best out of yourself now and in the long run.