I don’t think I need to drag us all through a recap the things that have happened so far in 2020. You already know. Two angles, first the Ruby Crest Trail and how this ended up being my main personal race goal this summer. Second, as a coach of around 25 athletes I’ve been able to get an inside look at how lots of different people have dealt with the adversity this year has thrown at runners across the entire globe. I want dive into these ideas, and to talk about how I hope we can be looking into the future with optimism.

Back in January, before the world came apart at the seams, our family found out we would be expecting our second child in August. Now our son Alden is a Covid baby, born into a world full of uncertainty. Four years earlier we had our first child Laiken. That summer I set the FKT for Mt Shasta ,won the Transrockies stage race with teammate David Laney, and a few weeks later 10 days after Laiken was born I won the Pine to Palm 100 mile. This summer I was hoping for history to repeat itself.

Of course the present wasn’t quite as kind as the summer of 2016. I’d planned to make attempts on a number of Fastest Known Times this season only to have travel restrictions, injuries, smoke, and our new baby derail most of those plans. I’ve had to continually adjust my personal expectations, as have runners everywhere.

As September got rolling in earnest my fitness was actually about as good as it had been for a long time. I hadn’t been doing many long runs, not having an excess of time with a one month old at home, but I had been able to string together a few months of quality workouts. It wasn’t easy to try and select a “race” target. Where was there clean air, where could I drive to easily, where was there public land that was open? It would have been pretty easy to get defeated by all the headwinds. But I didn’t want to let 2020 win. 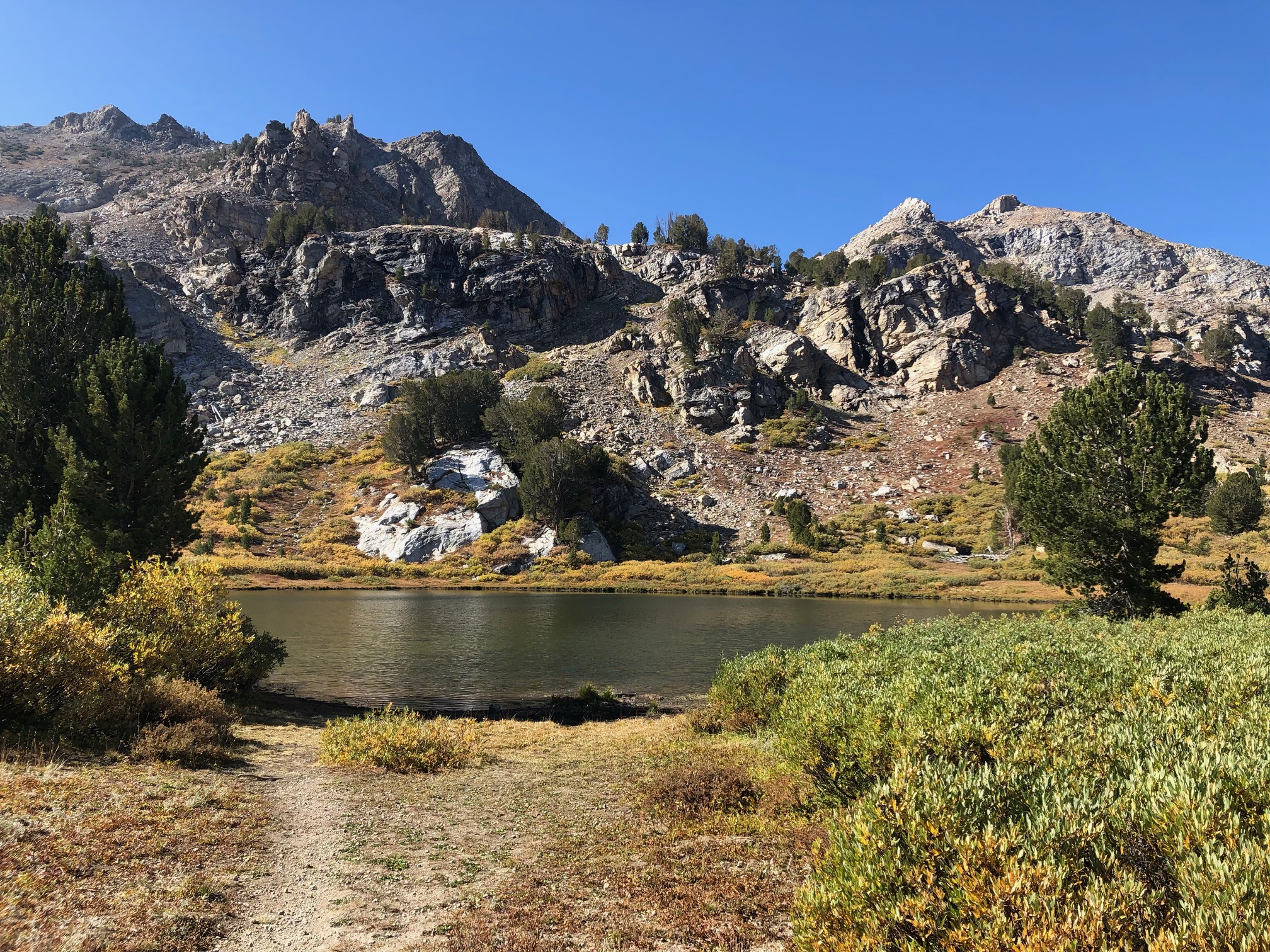 The Ruby Crest Trail has been on my mind since the first time I drove over the low ridge separating Interstate 80 from the Spring Creek Valley in Eastern Nevada. As you pop over this high desert summit a sheer wall of snow and rock figuratively smashes you in the face. For those who have seen the Wasatch Mountains the Ruby’s are essentially a sister range of similar magnitude minus all the fanfare and ski lifts. The RCT runs atop the majority of the range, at altitudes of 7,200-10,800ft, accumulating over 10,000ft of vertical gain in around 37 miles distance. In my view this is kind of the sweet spot for a big time mountain adventure which most ultra runners can handle in a single day in unsupported fashion. Bottom line before I get into the details of my adventure, you should run this trail! If you have questions about the trail or these mountains I am happy to answer them, shoot an email to info@trailsandtarmac.com and I’ll get back to you.

Getting the time to take a shot at the FKT on the RCT was tough sell. I had to leave Natalie at home solo with both boys. This is nothing novel to any of you who have kids and have continued running and racing I am sure. I brought up the idea for all of us to take the nine hour drive each way, but that was quickly put down for good reason. Driving any distance with a one month old is pretty much hell. I opted to go solo, leaving Saturday morning aiming to get back 48 hours later.

The Ruby Crest Trail FKT is done as a point to point, typically run from South to North. The current record holder is David Mitchell who ran it in near picture perfect fashion.  My youngest sister saved me from having to ride my bike 65 miles back from the finish to get my car after doing the run (Thanks Haley!). Though possible it would have been pretty terrible. She drove out from Provo meeting me at a campground in Lamoille Canyon the evening before my attempt. 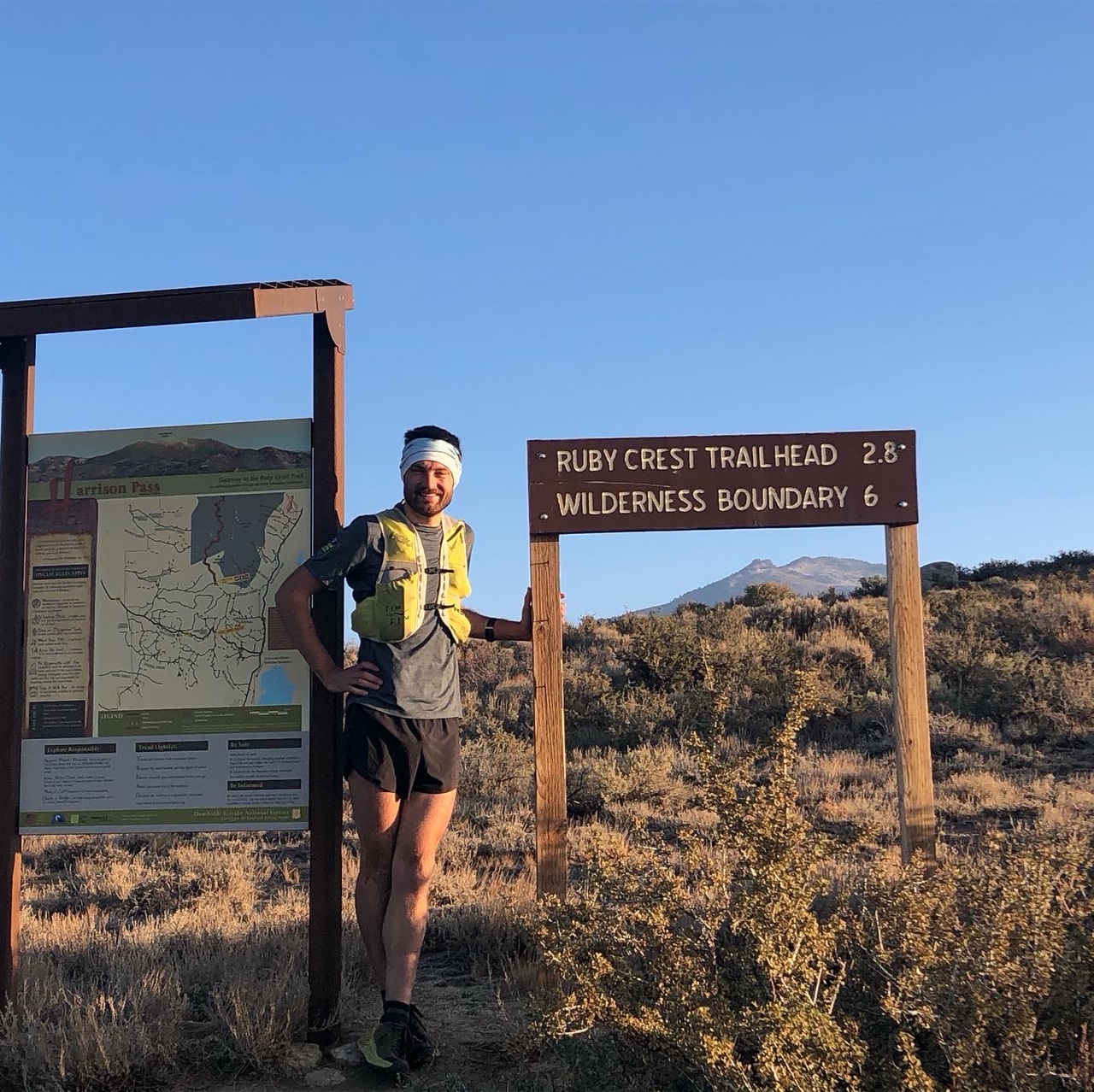 Start of the RCT

We were greeted by a perfect day to run, cool temps, clear air and sunny skies. I was off by 7:15am from Harrison Pass. The first 6 miles follow an ATV trail to gain access to the wilderness. I went back and forth with a couple hunters on a quad who seemed more than a little perplexed by my appearance. Fair enough. The first 12 miles flew by, feeling good. I gained a significant lead, about ten minutes over that section before the first water access at South Fork Smith Creek. At the time it seemed like a good thing, but in hindsight it was more likely hubris.  By mile 15 the trail climbs up the first of many major passes and peaks above 10,000ft, and it doesn’t relent in altitude or difficulty all the way until the finish.

I am being serious when I say you NEED to run this trail, at least someday. For a semi primitive wilderness trail it’s in great shape, easy to follow without crazy brush or degraded tread. The views are literally endless, it passes by a number of alpine lakes which you’d be hard pressed to surpass in beauty or quality anywhere. The unfortunate part about going for FKTs rather than merely running a trail for fun is that you do miss a lot of this, or at least you don’t quite get to experience it fully. Through the tough high altitude miles I was fighting off a ghost, hell bent on chasing me down. I knew I was giving up ground, but not that much. I thought, “if I can just get to the final climb I’ll have it in me to push hard enough to make it happen”. Low and behold I got to the second to last descent coming off Wine’s Peak(the high point at 10,800ft) tied with David ,but instead of hitting the gas like he did, I cratered. It wasn’t the worst death march I’ve experienced, not even close, but the FKT quickly fell out of reach. 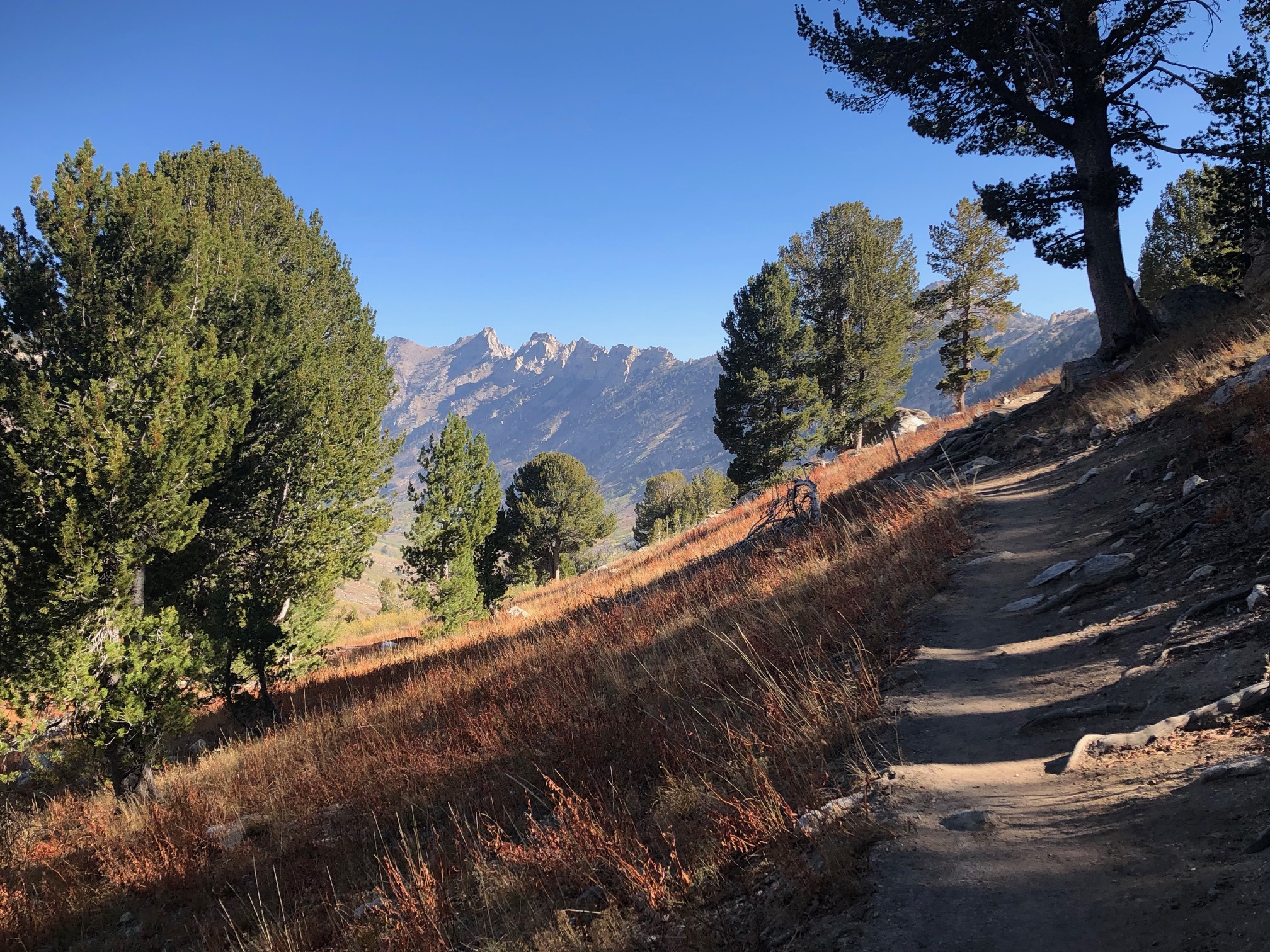 I’d be lying if I said I didn’t care about trying to break the record. I certainly did. I went for it 100%. I stumbled into the full parking lot at roads end in Lamoille Canyon in 6 hours 48 minutes, twenty minutes slower than the record. If I’ve learned anything in my running career it’s that you have got to let results oriented goals slide right off you whether you accomplish them or not. If your only reason for being out there is to accomplish X objective you’ll leave the mountains disappointed more often than not. For me this was a run worth doing for its own sake.

As I began the nine hour drive home that evening after finishing the trail I had plenty of time to think on those long lonely sunset soaked desert highways. Nothing this year happened how I envisioned it back at the end of 2019. This statement is true for every single runner I coach as well. I can think about each of their stories, their plans and dreams, and how nothing went as they thought it would. So much of what happens in our lives is actually out of our control. Many long distance runners are type A people at heart. We like to be able to feel like we have a plan, we have a goal, and we have control of our destiny.  This year we all found out that we don’t.

I am not going to sit here and write about how I became enlightened in the Ruby’s. How I figured it all out. I didn’t. But I think I can say a couple things that are true. Running is fun. Trails are rad. If you are like me and love these things, then what you realize is that all of these contrived goals, plans, fears, expectations, they don’t really matter. That is not to say that you should not make goals, plans, sign up for races, get your hopes up, all these these things are good. But if we can’t roll with the punches and keep on ripping, then what is this all really for?

Optimism is the only attitude I want to have looking ahead to next year, in running, and in life. Let’s all control what we can and let go of the things we can’t. We’ll have a strong finish in 2020 and look ahead with excitement.